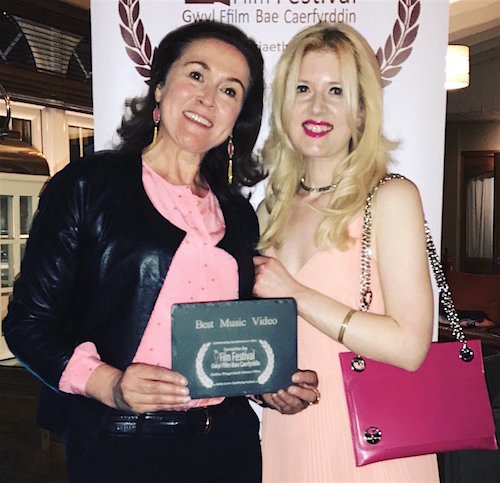 Very pleased to have had the opportunity to share the good news at the Awards Gala Event last week at the Stradey Park Hotel in Llanelli with Rebekah Louisa Smith, founder of Film Festival Doctor, www.filmfestivaldoctor.com (pictured with me here) Rebekah's excellent work and expertise with the film festival marketing and strategy for my recent work in short film and video has been so valued.

I was delighted to screen my work once again at The Carmarthen Bay Film Festival, following winning the Best Short Film Award for Told In Pictures' short film A Short Epic About Love in 2015.

Thank you very much to The Carmarthen Bay International Festival and wishing the festival much continued success, now entering its 8th year and going from strength to strength as a festival on the international circuit!