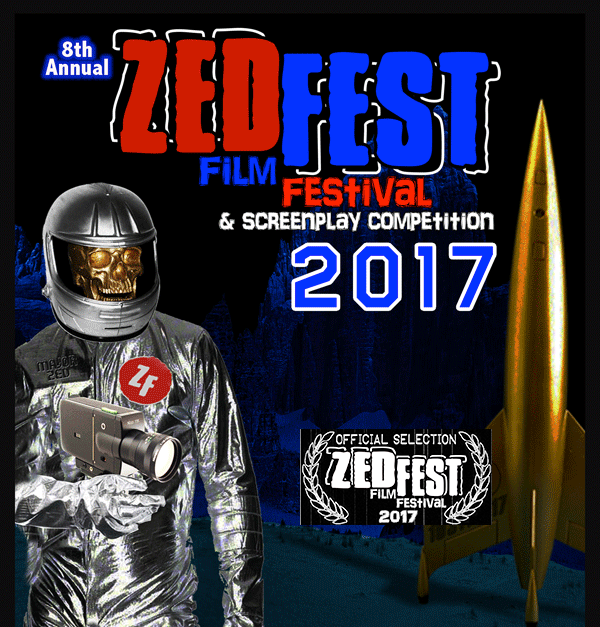 A big THANK YOU to Zed Fest, 2017 for the Official Selection and Screening of Never Stop (Live Version), the JIM soundtrack promotional video, this last week in Noho7, North Hollywood, LA!

I wish I could have been at this unique, great festival which celebrates the spirit of indie film and indiefilmmaking.  It is a real honour to have had a music video that I directed screened there and I am sorry not to have seen the interesting line-up of films I was lucky enough to be included in that they showcased there this year!

Thanks to the Festival co-founders Wendy Medrano and Ed Stephens and all the Zed Fest 2017 Team! Thank you so much for selecting my film! I am just thrilled to have been part of it!  I hope everyone had a wonderful festival and I wish all the filmmakers and Zed Fest much continued success!