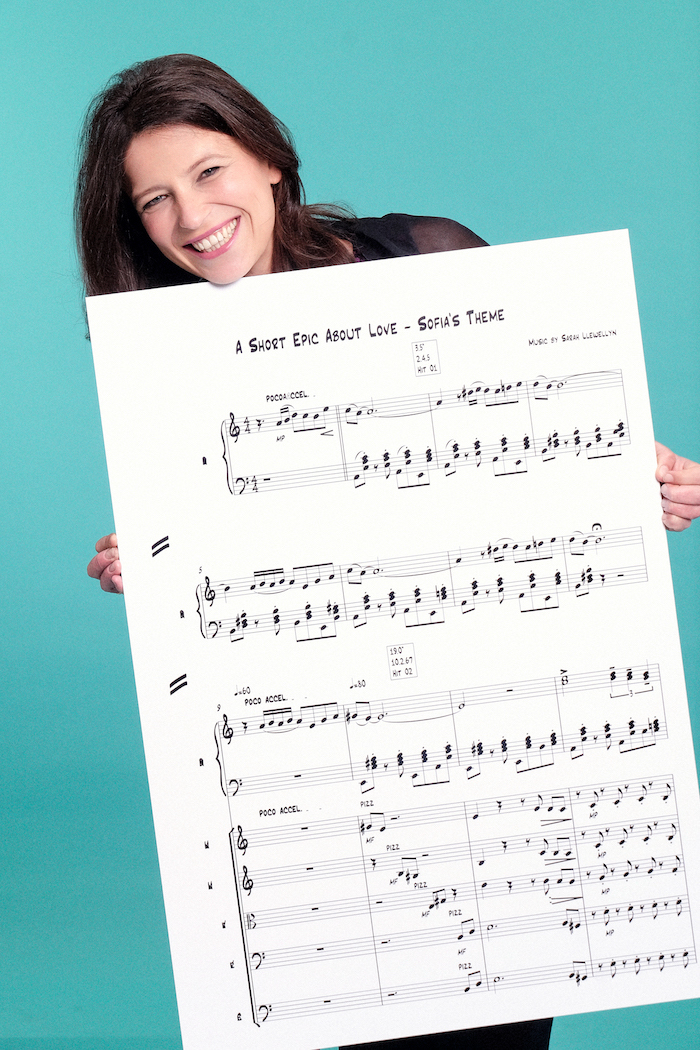 I want to share and celebrate the great news about the very talented composer for the original music and orchestral score for Told In Pictures' own short film A Short Epic About Love, Sarah Llewellyn, has been awarded a current residency at the Royal Shakespeare Company!  Sarah's Composer in Residency at the RSC is made possible through a partnership between the RSC and the Cameron Mackintosh resident composer scheme.  It is fantastic news and you can read Sarah's news about it in her blogs - links below:

You can also read about Sarah's successful and wonderful adventures in creating the original music for many productions theatre, film, circus and dance on her own London based creative music company website, Tonal - www.tonal.org.uk

Working with Sarah on creating the music for A Short Epic About Love was a wonderful experience and we recently celebrated the release of the soundtrack for the award winning film that was completed in 2013. The original orchestral score was recorded in Skopje, Macedonia where we went to record with the renowned F.A.M.E.S. Project and the Macedonia Radio Philharmonic Orchestra.  You can watch the Making of A Short Epic About Love on the film's pages on this website which includes footage of the recording in Macedonia and an interview with the composer Sarah and myself, the film's director, Josephine.

A Short Epic About Love is now available to watch on Amazon at: http://tinyurl.com/AShortEpicAboutLove

The Soundtrack is available at: apple.co/219MWaq

I am really looking forward to visiting Stratford upon Avon in June and catching up with Sarah and seeing the 'Mischief' double bill, The Earthworks and Myth, which she has composed the music for, showing at the RSC's The Other Place.

Here is a picture of Sarah with an image of the sheet music for the beautiful Sofia's Theme she wrote for A Short Epic About Love at the 2017 February photo shoot to celebrate the Valentine's Day Release of the soundtrack!