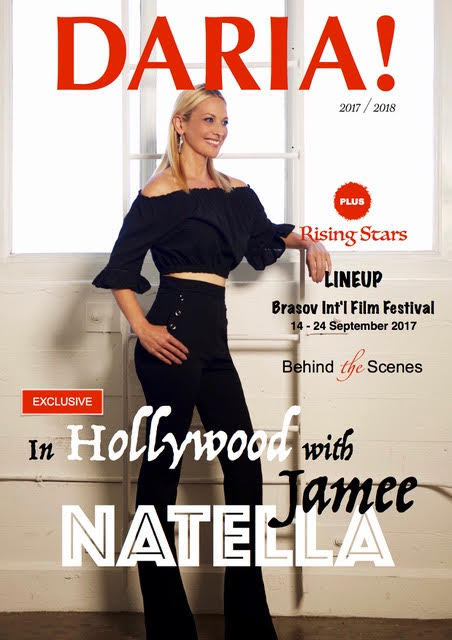 The Brasov Film Festival Selects Never Stop! - Read all about it in the 2017 issue of Daria! Magazine!

It's fantastic news that Never Stop (Live Version) is in the Official Selection of the 2017 Brasov Film Festival!

It's an honour to be selected by this international film festival and market which is well known for its promotion of non-violent films.

The annual edition of Daria!, the art, entertainment and business magazine founded and helmed by Brasov's Festival Director Daria Trifu is published today! Among the features in the 2017 issue are articles about the films and filmmakers participating in this year's online festival and market including Told in Pictures' music video Never Stop (Live Version)!

You can read Daria! here:

The film festival and market takes place on Brasov Film Festival's Vimeo on Demand Channel exclusively between 14 and 24 September and you can watch the films here:-