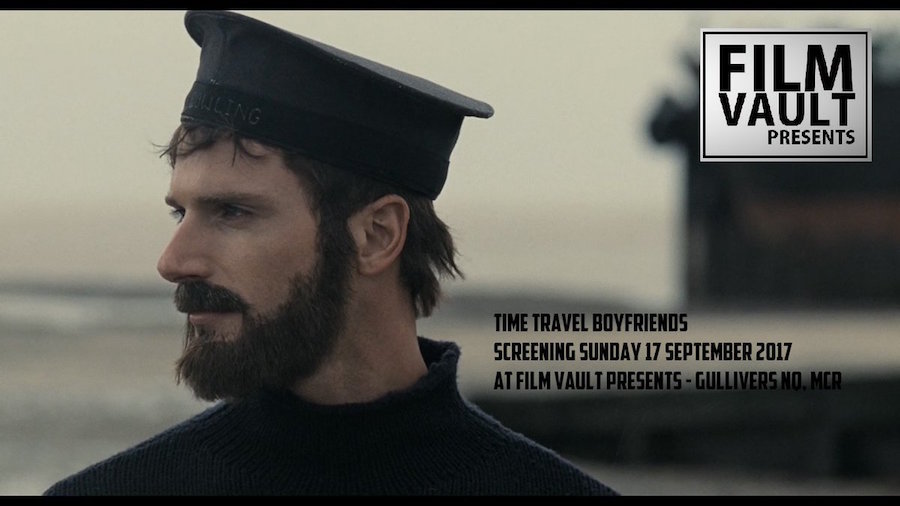 Time Travel Boyfriends Screens at Film Vault Manchester as part of Scalarama and Directed by Women Epic Day of Film on 17th September in Manchester! - And There Are 10 Free Special Edition DVD/CDs and Signed Books to Give Away!

Time Travel Boyfriends: - A woman's collection of fantasy love letters to the unavailable men of her dreams...

I’m really looking forward to my short film Time Travel Boyfriends screening at the Scalarama and Directed By Women Epic Film Day at the Film Vault in Manchester on Sunday, 17th September! I am so happy that the film is taking part in this brilliant worldwide showcase of female filmmakers!

This month of September everyone is invited to join the viewing party of films directed by women
all over the world and I am delighted to be taking part with Time Travel Boyfriends, a ten minute film that was made back in 2009, based on my book of the same name.

Screening Details For This Epic Day of Film Viewing!

***To celebrate - I am giving away 10 signed copies of the original edition of my Time Travel Boyfriends Book with 10 Special Edition DVD/CDs of the film and the Soundtrack! Please see the details at the bottom of this post!***

Many Thanks to Andy Green of Film Vault, Manchester for screening the film and to Directed by Women who are showcasing worldwide screening events screening films by women this month of September.

Time Travel Boyfriends is a book, award winning short film and art concept by Josephine Halbert. Its theme is about love, loss, memory and fantasy and tells the story of a woman who ‘remembers’ her love affairs through time with a diverse collection of well-known men from history including Orson Welles, Jim Morrison, sportsman Charles B Fry, engineer Isambard Kingdom Brunel and Marlon Brando.

Before being developed for film, the idea was explored as a series of artworks, a book, spoken word and music collaboration with composer Amy Odell and was exhibited at galleries and showcases in London and across the UK including solo shows at London galleries Tenderpixel and Beverley Knowles Fine Art.

The ten minute film, completed in 2009, was shot on location in London and Kent in the UK and was visually devised as a series of historical tableaux in which one actor, Tim Seyfert, played all eight Boyfriend roles. It was shot ‘silent’ on a 35mm vintage camera owned by the film’s Director of Photography, Nick Gordon Smith, to accompany an existing soundtrack of the director’s narration and Amy Odell’s music.

Time Travel Boyfriends premiered at the 2009 Uppsala Film Festival and was a British Council supported film. It won the PRIX Radi at the 2010 Cannes Film Festival, which is given to one international short film by the Agence de Court in partnership with the Short Film Corner, for theatrical distribution in France, and was selected to compete for the European Melies d’Argent short film competition at the Espoo International Fantasy Film Festival later that year.

The wonderful original music that was composed for the project by Amy Odell is now available on Apple iTunes/Apple Music! You can download the soundtrack Time Travel Boyfriends on Apple iTunes / Apple Music here:

The soundtrack album also includes a bonus track, The Inspiration - a recording of Josephine Halbert reading the foreword from her book Time Travel Boyfriends published by ZedSaid in 2007

For further information about Time Travel Boyfriends - please visit the project website via this website or at www.timetravelboyfriends.com

Thank you for visiting! Please do get in touch by email if you are interested in Time Travel Boyfriends at jo@toldinpictures.com -

Here are some Directed By Women world viewing event hashtags for anyone wanting to join the Directed by Women worldwide viewing party or throw their own celebration event of films directed by women this September!