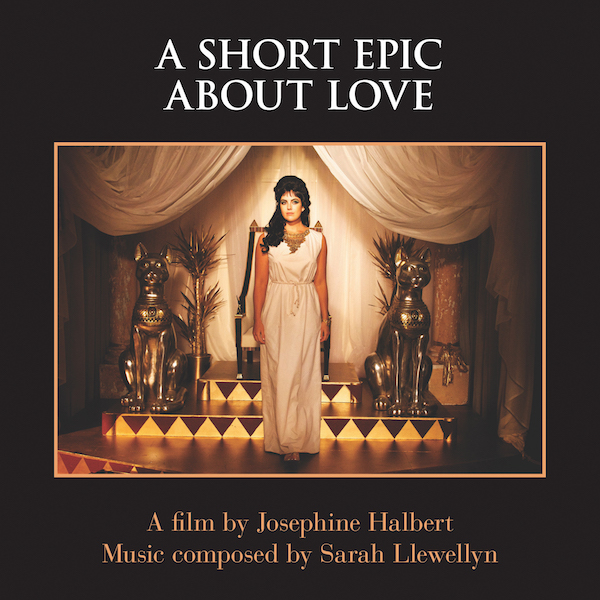 Valentine's Day Release for A Short Epic About Love, The Music!

Very happy to announce the upcoming release of the Original Soundtrack of A SHORT EPIC ABOUT LOVE !!  The original music written by Sarah Llewellyn, composed especially for the award winning short film will be available early February 2017 - in time for Valentines Day!

A Short Epic About Love, 'the story of the other love affair on the set of Hollywood's most expensive film of its day'  is now available to watch on Amazon Video in the USA, UK, Germany and Austria and is free for Amazon Prime members!  You can watch it here:

The Story of A Short Epic About Love:-

Against the backdrop of 'La Scandale', the much publicised love-affair of Elizabeth Taylor and Richard Burton, a young woman finds herself in the backstage world of the famous 1963 blockbuster Cleopatra during the final days of shooting in a film studio near Rome.  We follow her as she embarks on her own intense, emotional romance over the final days of the shooting of the doomed epic.  Burton and Taylor's romance remains a constant presence during her own romantic awakening in a world she knows nothing about.

The twenty-minute short film was shot in the UK on 35mm and is a love-letter to the films of the golden era of 1960s CineCitta Studios where Hollywood's view of Ancient Rome met the contemporary Rome of Fellini.

For further information and updates about   A Short Epic About Love - The Music, Please visit www.ammadore.com

Ammadore Records is the music label for commissioned music for Told In Pictures Productions.