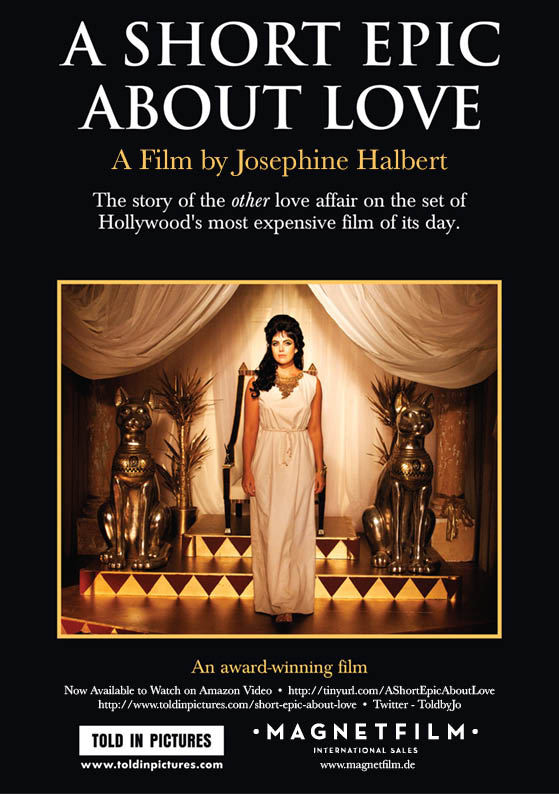 Watch A Short Epic About Love on Amazon Video!

A Short Epic About Love is now available to watch on Amazon Video in the UK, USA, Germany and Austria!  Free for Amazon Prime Members!

A Short Epic About Love, an award-winning short film, is a Told in Pictures Production which premiered in the Femmes Fantastique Programme at the 2014 London Short Film Festival and tells the fictional story of 'the other love affair' on the set of Hollywood's most expensive film of its day, the 1963 notorious epic, CLEOPATRA, when a young woman finds herself backstage during the final days of filming the blockbuster against the backdrop of "La Scandale", the famous romance between Elizabeth Taylor and Richard Burton, and embarks on her own intense, emotional romance.  For further details, please see the A Short Epic About Love pages on this website!